98 photos
Every rock fan can name at least one AC/DC song after only hearing just a few chords. What about an entire night with North Carolina's Thunderstruck - The Ultimate AC/DC Tribute show? Well, it was an rock n'roll party explosion! The show had something for everyone from those "Bon Scott" purists to the newer fans that only have been thunder struck. The party was both off and on the stage with guest musicians playing their part to make this a night to remember at the Southland Ballroom. 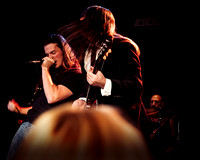 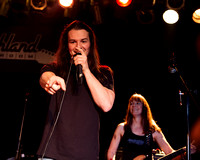