When you combine a famous and historic North Carolina rock powerhouse with one of the best music venues in Raleigh for a Joker ‘s Stage Lighting lit rock show, it will always been a good time. Sidewinder rolled into the Southland Ballroom on November 26,2016 for their last show at this venue which is closing at the end of the year. The Sidewinder alumnae include some of the best musicians and vocalists on the east coast who play/played in various bands and including national acts like Sheryl Crow and Cry Of Love. Some of best music in North Carolina has had some of sort of influence from this band. Every Sidewinder show is like a music scene family reunion uniting their extended family of Sidewinder fans with various members that played in the band over the years. You can learn more about this special group at http://www.sidewinderrocks.com.


The set of images attempts to capture essence of the music, energy, relationships between musicians and their fans, and the fun that fills everyone’s heart at a Sidewinder show. 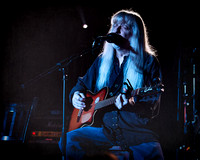