Spoken by long time band emcee Bono, this phrase marked the start of literally of thousands of Sidewinder shows throughout the 1980s and early 1990s.
The band was formed in Wilmington, N.C during the late 70s from the remnants of several local cover bands. June 11th was a night to remember at Southland Ballroom. Sidewinder gave away T-shirts, one of Jim's snare drums that he has been playing since 1978, and an electric guitar. (all signed by the band). All of the winners were brought up on stage to help close out the night for the encore.

Great night for the Sidewinder family! 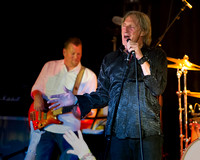 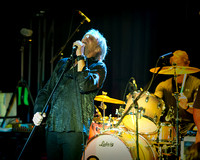